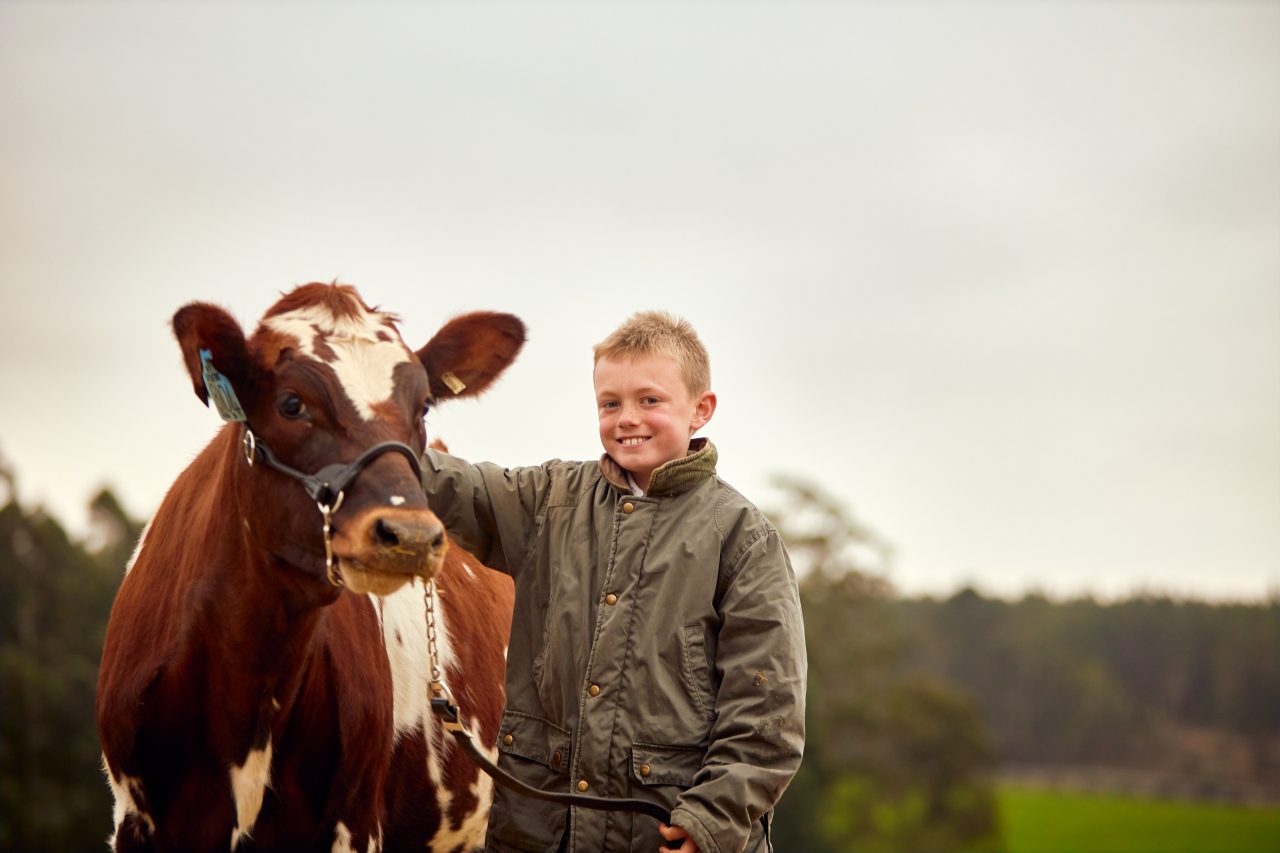 You get dog people and cat people, and even horse people. But cow people? Where would you find those? No other place than The Midlands, of course!  Juliet and Brian Macaskill live and work on the Fairfield Dairy farm here – Brian manages the dairy,  Juliet works at the office, and their two kids, Stuart and Sarah, take full advantage of the lifestyle and freedom that country life provides.

We meet with Stuart and his parents on a chilly Tuesday afternoon after school. Clad in khakis and boots, Stuart, with his bright blue eyes, freckles and gentle demeanour, appears to be a typical farm boy at heart.  “Stuart was just three and a half when we first moved to Fairfield farm and he has basically grown up here”, Juliet tells me, as we watch her son walk his show cow (named Eva) under the warm glow of the setting sun. Even though Stuart is young and considerably smaller in size than Eva, he certainly looks like he knows what he is doing! “Stuart is a ‘junior-junior’ competitor, which is the ‘nine years and younger’ category.”, Juliet says. He has taken part in three Youth Shows already, one of which resulted in his triumph after winning the ‘Overall Stockman’ award. 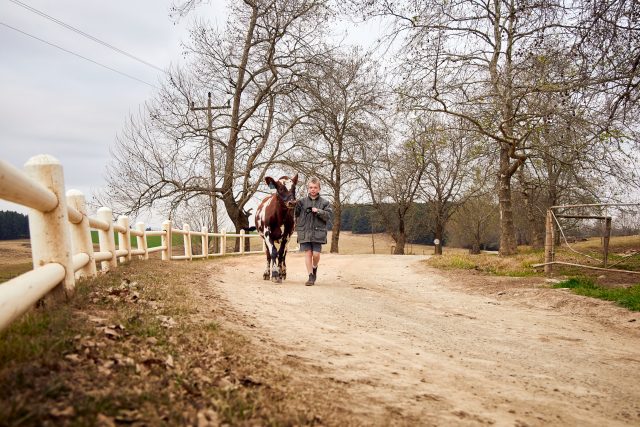 Juliet goes on to explain the ins and outs of these shows as well as the extensive preparation behind it:  “They get taught how to lead the calf and train it, and it has to be the right height for them”, she explains, “and then the rest is up to the kids. They’ll train every day after school, you know, as soon as they can get their gumboots on, and right up until the show”.  The young cow, which in essence has never been handled and is still wild, is apparently tamed in only a couple of weeks. The cow is then taken to the royal show to be presented in front of thousands of people! “It’s certainly not an easy task – you’re dealing with an animal that at any moment could bolt off. And it’s bigger than him and heavier than him too!”, Juliet adds. At this point, Eva moos as Stuart lovingly tugs her in another direction with ease. 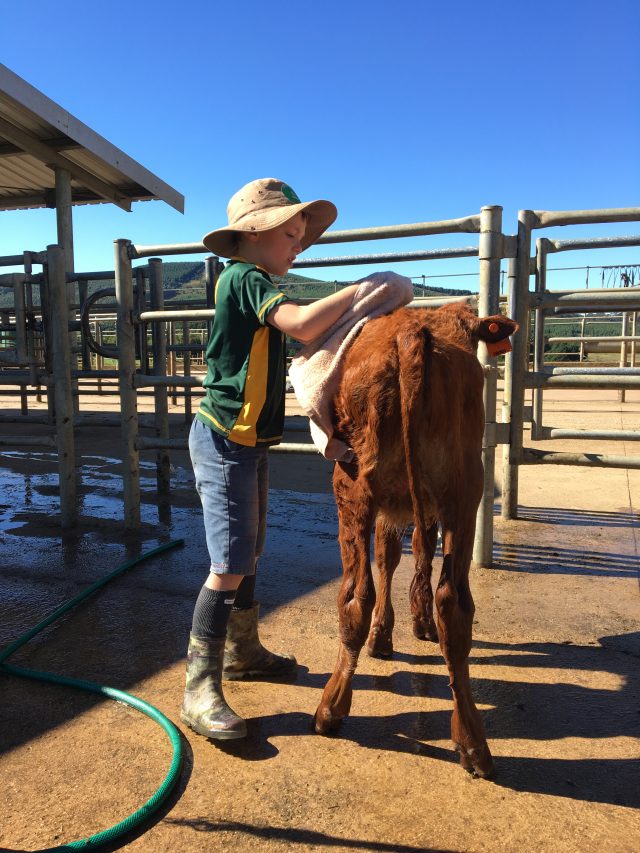 “During the youth show, there’s the washing category where you have to wash, rinse and groom the cow in a certain time limit. Then there’s the preparation part where the cow is prepared for showmanship and the trainers will polish their coat and hooves”, Juliet continues. “They get all spruced up and then get marked on that, thereafter, they have to walk the animal in the ring”.  The stockmen and their cows, are judged according to their walk, and when walking either forwards or backwards, the cow must always be facing the judge. At Stuart’s last show, the judge recognised Stuart’s passion for this aspect of the competition, going as far as to make special mention of him, and later, asking him to join the KZN team. Stuart will be representing KZN in the Nationals this September in Vryburg, where he will be showing off Eva. 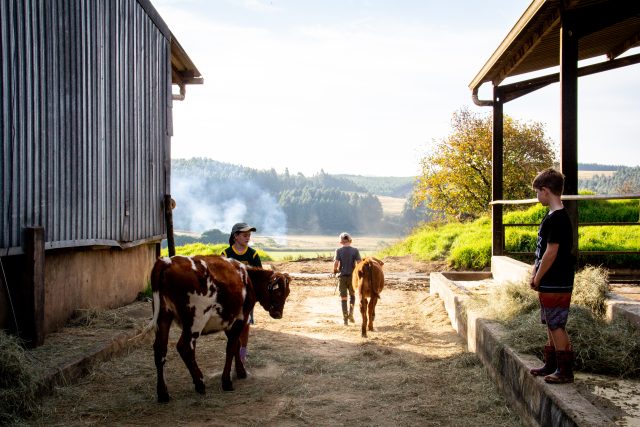 Despite the fact that Eva is fairly young, and was actually the smallest heifer when she showed in the ring at the Ayrshire Nationals in Bloemfontein in May, Brian proudly explains that she won the title over all the other heifers in the country, earning her the title of National Champion Heifer. Kevin Lang, the owner Fairfield farm, and whom Brian and Juliet work for, has generously allowed Stuart to show off the prized Eva in this prestigious competition. Juliet explains that the awards they receive are an impressive accolade for the dairy as a whole, as it shows the high calibre and strong gene pool that these Ayrshire cows possess. “The better the genetics, the better the milk and the products, and of course the better reputation, too”, she states. 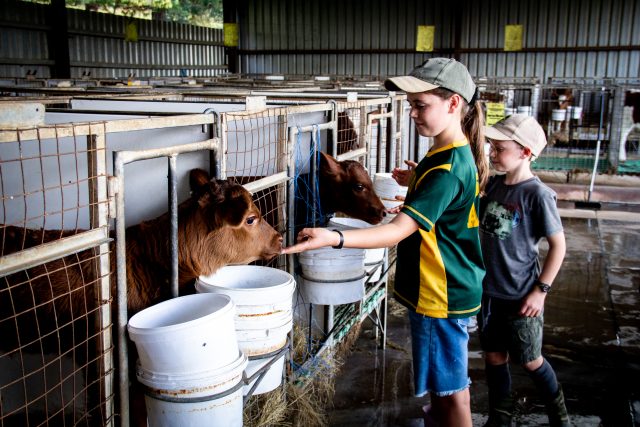 When asked what Stuart loves most about living on the farm, he says, “it’s nice and quiet here, and there’s fresh farm air. I like going mountain bike riding, and fishing in the dam, and making forts in the forests. I also love having the cows around us and their gentle nature”. Inside the dairy’s office, we find various winnings in the form of trophies, banners and sashes that other Fairfield cows and trainers have won. I learn that Sarah, Stuart’s older sister, also won best stockman in 2017 & 2018, and that Brian recently won the National Ayrshire category of the “On the Farm” challenge. It’s clear that the Mascaskill family is a family of winners and know their stuff when it comes to cows. And that these cows are certainly something to be proud of for The Midlands as a whole. 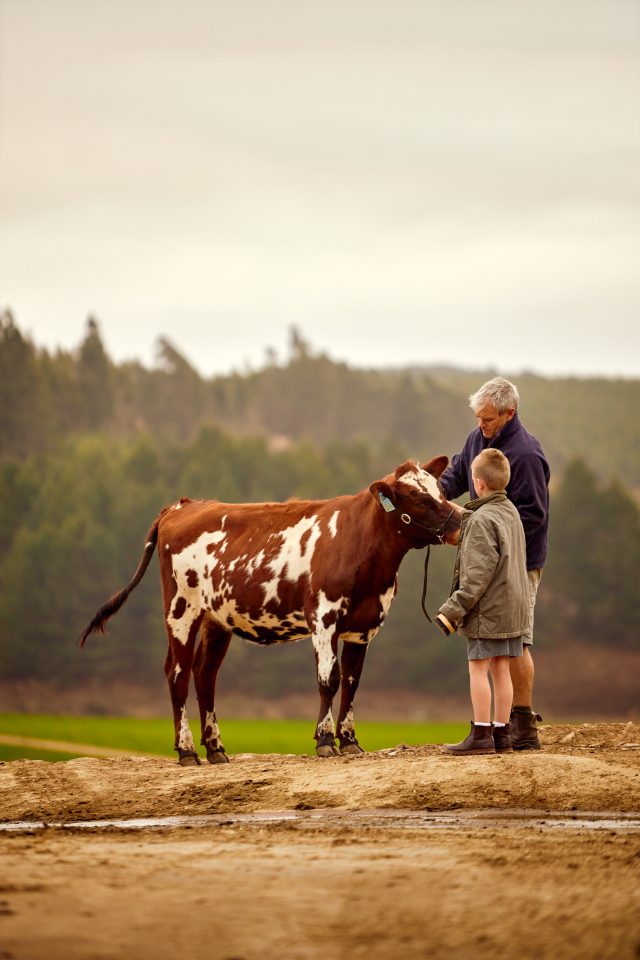 Making Wine in the Midlands