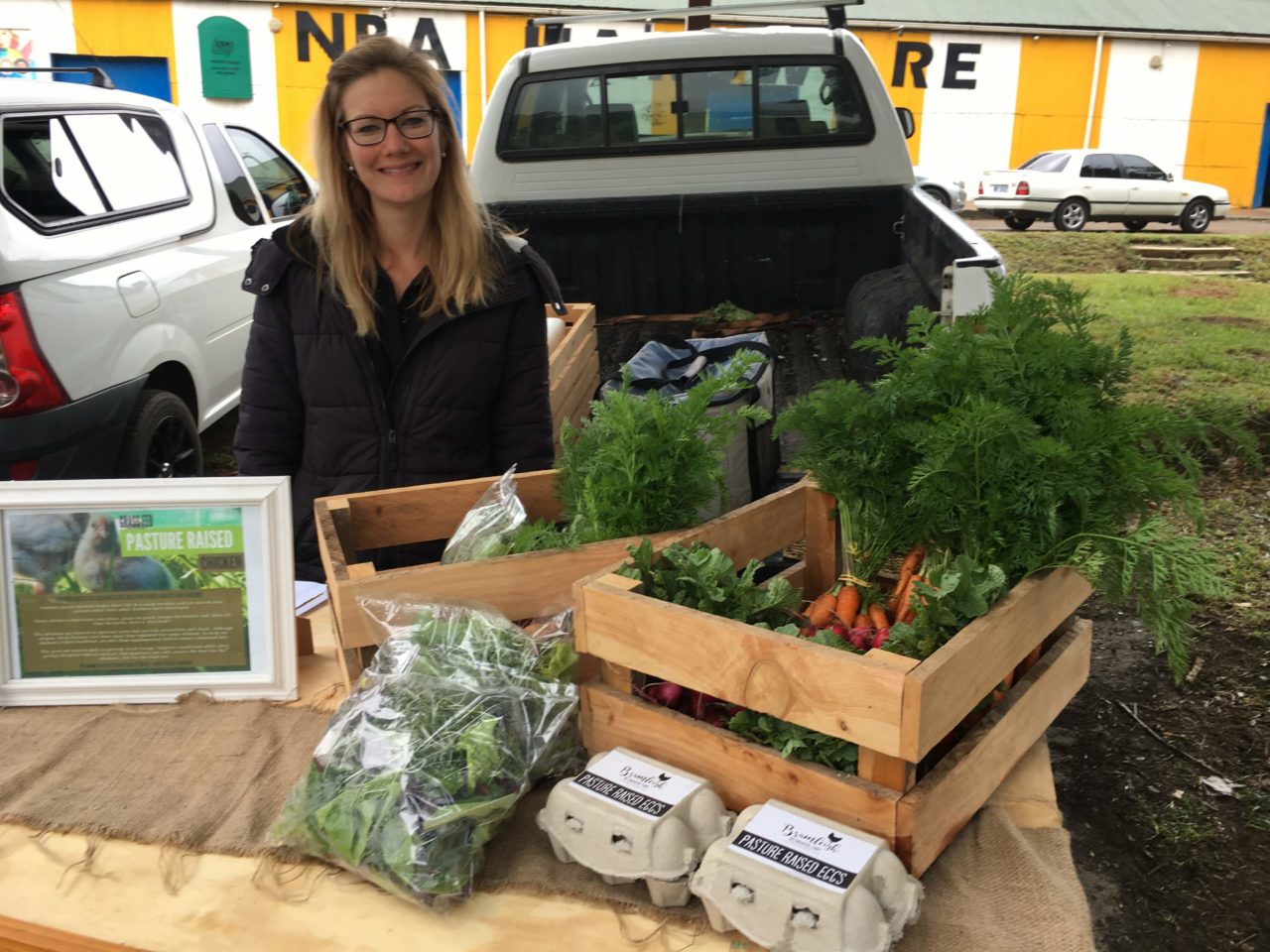 The Midlands is renowned for its rich agricultural history, sustainable farming practices and unwavering embodiment of the South African phrase: “Local is lekker”.  At the forefront of fair market farming in the Midlands are the dynamic husband and wife duo, Andre and Kaitlynn Kaueraf. Prior to the valuable insight I gleaned from the couple, I was very much in the dark regarding the existence of so-called “REKO Rings”. Thankfully, through their passionate advocacy for small-scale ethical farming, I had the privilege of learning about an entirely unique subset in the world of Midlands agriculture. 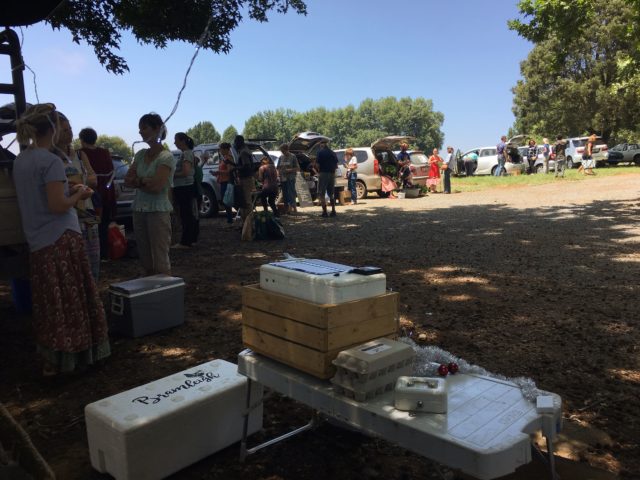 So, what is REKO you ask? Essentially, REKO is a Finnish concept that was created by Thomas Snellman, a small-scale farmer with an interest in direct distribution. REKO is an abbreviation for “Rejäl konsumtion” which, when translated, means “sincere consumption”. The main objective is to connect consumers directly with local small-scale producers, thereby negating the need for middlemen. By supporting local farmers, while simultaneously providing consumers with organically grown, ethically raised produce, REKO rings create a win-win situation for communities like the Midlands, who are known for their strong agricultural presence.

In 2015, Andre and Kait assumed stewardship of Bramleigh Manor, a family-owned property in the heart of Nottingham Road. Their combined occupational expertise played a significant role in the establishment of the Midlands’ first ever REKO Ring. As a solar system designer, Andre had always displayed an interest in sustainability and renewable energy sources. His desire to incorporate technology in back-to-basics farming methods significantly contributed to the success of the three rings that they run today. Kait, a part-time teacher at Misty Meadows School, has always been fond of farm life, as evidenced by her adoration for livestock such as chicken. By embracing her background in art and design, she developed a strategic marketing plan for the farm, utilising social media platforms, such as Facebook, in order to spread awareness about the various rings that they manage. Kait also runs four eco-friendly self-catering cottages at Bramleigh Farm.

Andre and Kait launched the Notties REKO ring in November 2018, followed by the Hilton launch in January 2019 and the Howick launch in February 2019. The Notties ring is particularly impressive as it was the first ever ring to be established outside of Europe, and thus the first ever REKO ring in South Africa! The couple form part of the admin team of the three REKO Midlands groups and their responsibilities include: managing the Facebook page, processing producer applications, dealing with any issues that arise in the management of the group, advertising and marketing, as well as being producers and consumers themselves. Because it is a community project, it depends on a system of volunteer work in order to function effectively. “Our admin team is made up of eight volunteers – Kim Wiggett, Nikki Brighton, Megan Wood, Helen Matthews, Trish Gatland, Derek Martin and ourselves. We have almost 40 active producers between the three Midlands rings”, Kait continues. 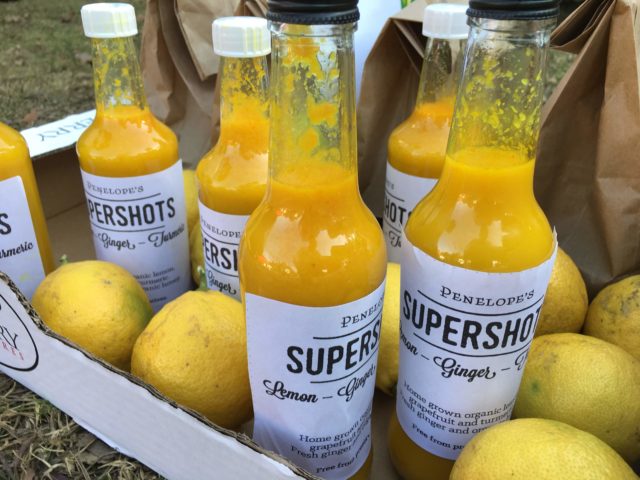 With a whole host of successful farming models, what exactly is it about REKO that makes it so unique and fruitful? “With REKO, there are no middlemen and there is no money involved for the organisation of each ring. It is a co-created decentralized market, so each producer is involved and responsible for their own orders – there is not just one person or company solely responsible for collating and distributing orders. The organisation of each ring is also done by volunteers. The actual market takes place on Facebook and customers simply meet their producer to collect orders. This makes it convenient for small-scale producers who need to spend as much of their time on the farm as possible, as well as only having to transport the produce that has been ordered – not returning home with 10 bunches of wilted spinach and defrosted meat! By using Facebook, it is easily accessible. The whole trade is transparent as customers can see posts from a variety of producers, and producers can see the prices and orders of other producers, thus maintaining a fair market. The rings are designed to support communities and to grow the local economy. Because producers have to deliver their orders in person, it builds off-line relationships and creates accountability. Customers can ask any questions and learn the full story behind their food. It’s food with a relationship!” Kait explains.

The step-by-step process that takes place in REKO rings, from ordering to collection, is as follows: each week, producers post an advert with the products that they have available, as well as the quantities and prices of said products. Customers then comment on each post to place an order. Producers will respond, thereby confirming the order and quantity. Each producer has an order deadline, after which they begin compiling their own orders. Producers and consumers then meet at a set time and place to collect their orders. When choosing a designated location for each ring, the most important requirement is a central, easily accessible open area. Finally, payment is made via EFT, cash, card, or Zapper.

Years of running three successful rings have come with its fair share of triumphs and challenges, as expressed by Kait, “We have had many people complain about Facebook, or a set delivery time, or not being able to purchase on a whim. The biggest challenge we have faced is upholding the values of REKO and balancing the needs of customers and producers to create a market that sticks to its principles while also having a compelling offering. However, it is very rewarding to watch as the support from customers and producers continue to grow. We love when consumers express how much value the rings have added to their lives (knowing where their food comes from, knowing exactly what has gone into their food, and being able to support their own values of minimal food miles, packaging, etc.) For many producers, including ourselves, it has become our primary income stream. For many consumers (and producers), it has done away with the need to visit grocery stores!” 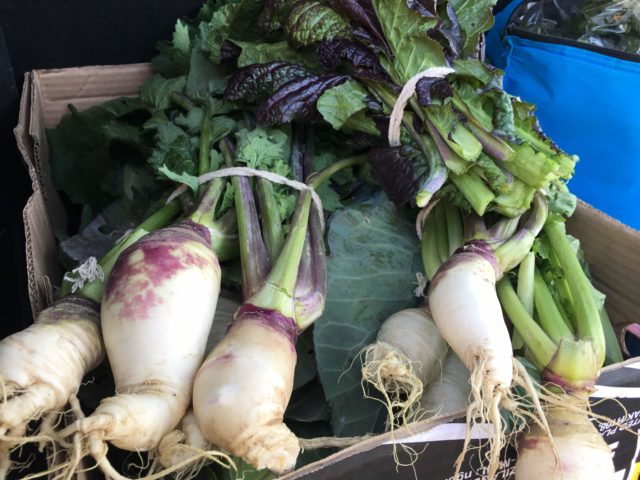 Andre and Kait are a prime example of the innovation, resilience and eco-conscious mindset that the Midlands community is celebrated for. We look forward to participating in REKO rings – the future of farming!