For the golfing enthusiasts out there, we explore three unique golfing venues, each offering different events and features worth mentioning. Oh, and did we mention they are primed and ready for your next hole-in-one? 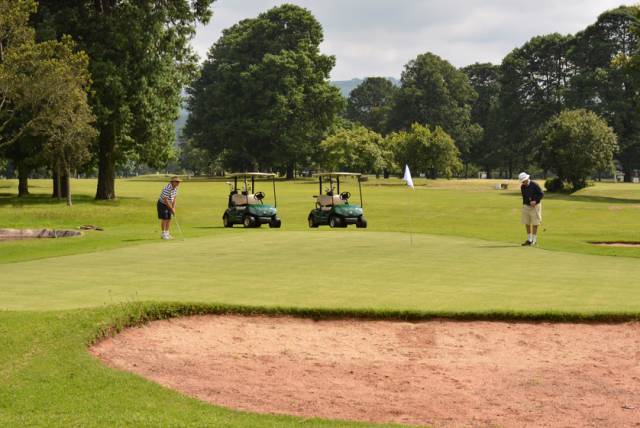 Putting with the “hole” family

This year, the club celebrated turning 110 years, which makes it one of the oldest establishments in the Howick area. The club was originally leased from the Borough and the South African Railways stretching from the banks of the Umgeni River above the Howick Falls to the site of the present clubhouse.

The first putting green was about 100m from the Railway Station. Petrol restrictions during World War II and the increased costs of maintaining a 19-hole course led to abandoning the holes between the railway and the river, and remodelling the course as a nine-hole course.

Course maintenance in the early years was by ox-drawn mowers! Whilst due to the scarcity of golf balls during the war, it was resolved that only one ball be allocated to members each month. A century ago, the trains were drawn by steam engines and the roads throughout Howick were still dirt.

The membership of the club and donations from the SA Rubber Company were used to assist with course maintenance and construction of a new clubhouse completed in 1949. This is the current clubhouse still in use. 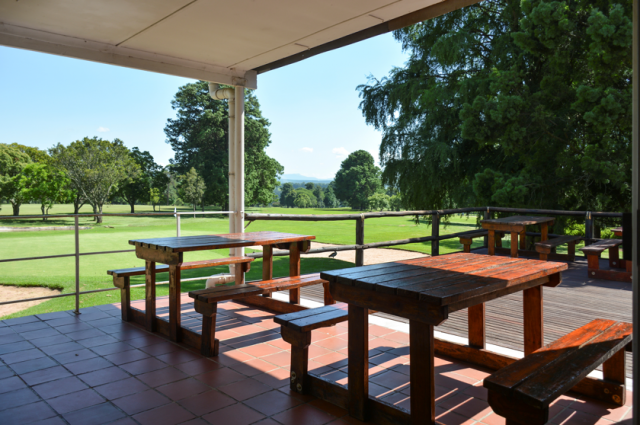 Howick Golf Club’s first lady golfer was Grace Houston, who was also the Mayor of Howick in 1972. They are proud to have produced two springbok golfers, Damien Dunford and Malcolm Mitchell.

The current manager of the club is Bridgette Cook, she started at the club in September 2018 and has worked her way to her current position. She runs the entire clubhouse (front reception, bar, kitchen, and office) which keeps her on her toes, but she can say with conviction that she truly loves what she does and is proud to have created an atmosphere at the club where everyone is welcome. 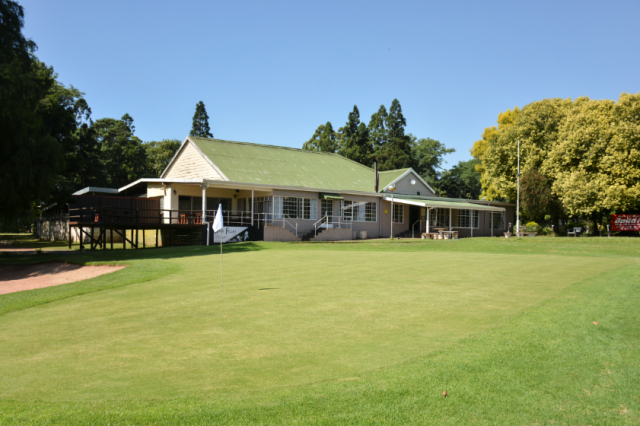 Much time, dedication, and hard work have gone into the refurbishing of the club since 2018. There has been a full renovation of the kitchen, bar, and deck area and restoration of the bathroom facilities. Dave Eaton and Brian Cook (Captain) have run the course for the last two years and have made tremendous advancements.

Their drive over the last two years has been Community Fundraising and is the focus for 2022, it  is imperative to support local organisations.

The Howick Golf club has a clubhouse that is perfect for party hire, they offer great Sunday lunch specials and are open to visitors. If you’re looking for a family day out, Howick Golf Club is the place to be. Spend some time with them and enjoy some “you time”. 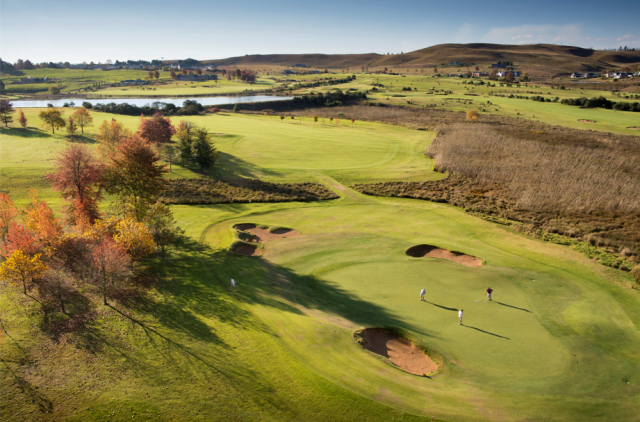 Living on the green

“When Guy was given a picture of golf being played at Gowrie Farm in 1923, it confirmed his thoughts that the land was made for golf.“

Next year, Gowrie Farm Golf Club will celebrate 100 years since golf was first played. The golf course was developed by Guy Smith –  a Pietermaritzburg Attorney who is a great fan of golf and its traditions.

Guy followed the methods used by the golf course architects of the golden era of golf design. This meant tees close to the ground, fairways with little earthworks, push-up greens, and bunkers built with careless abandon, much like how a brook tears down its banks. Gowrie Farm Golf Course celebrates the traditions of the game of golf. 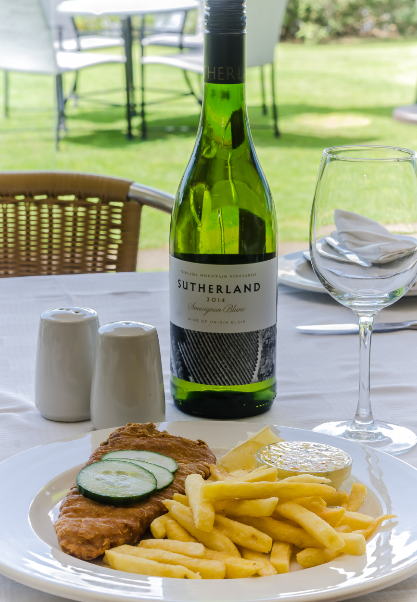 Both Guy Smith and Phil Simmons, the Gowrie Farm Golf Director, are traditionalists and encourage golfers to walk the course and play the game as it was meant to be played. The course has 11 holes and 12 greens, allowing Gowrie Farm to play as an 18-hole golf course. It was the first course in South Africa without 18 holes that ranked in the top 50 courses in the country. It was also ranked by Golf Digest USA as the fourth-best short course in the world.

The golf course has five par threes, which vary in length from the tough 110m fourth hole to the 195m 11th hole. The feature holes are its magnificent par-four third hole, with bunkers lining the right side of the fairway and the raised green being typical of what is found at Dornoch, Scotland. The beautiful short par-four sixth hole is drivable for the long hitters and the exciting par five 18th with its island fairway and two-tiered green makes a fitting finish to this magnificent golfing experience.

To quote Selwyn Nathan, the PGA Commissioner of Golf RSA, “This is the best-kept secret in world golf. I took as many pictures here today as I did when I played at Augusta”. 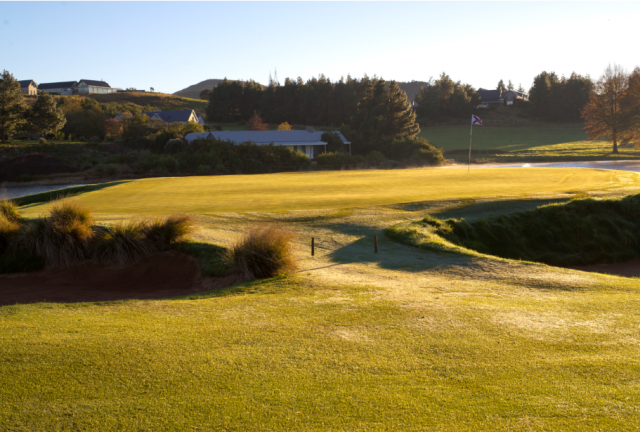 A special feature is the Golf Director, Phil Simmons, who played on the Sunshine Tour in the 1970s and 1980s and at that time, was the longest left-hander on the Pro Tour and has been chosen as a top Club Professional in South Africa. Since Phil’s arrival three years ago, golf has boomed.

Another feature is its outstanding condition, which South Africa’s Top 100 Courses judged to have the second-best fairways in South Africa. This is a huge credit for a little country course. Complementing the golf course is the beautifully appointed stone clubhouse and lodge, which resembles many of its Scottish counterparts. The clubhouse includes 11 four-star rooms with friendly service and is a must-visit for all golfers and visitors. 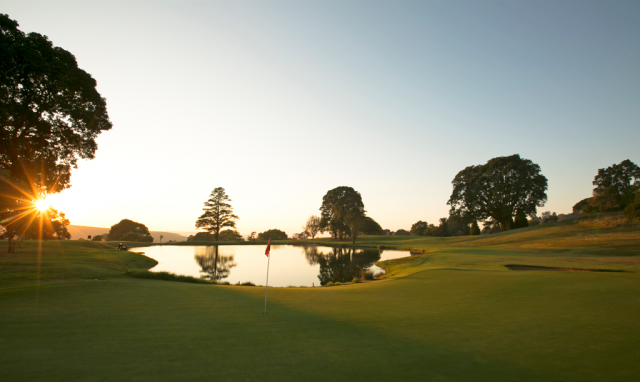 Putting on the green grass of the city

Less than 15 minutes from the CBD of Pietermaritzburg, the Victoria Country Club is superbly located in the scenic parklands adjoining the Queen Elizabeth Nature Reserve, and above all, boasts one of South Africa’s most picturesque golfing venues.

The original Bob Grimsdell layout was upgraded in 2006/2007, transforming the undulating hillside course into a gem that possesses some of the most interesting and varied holes in South Africa. 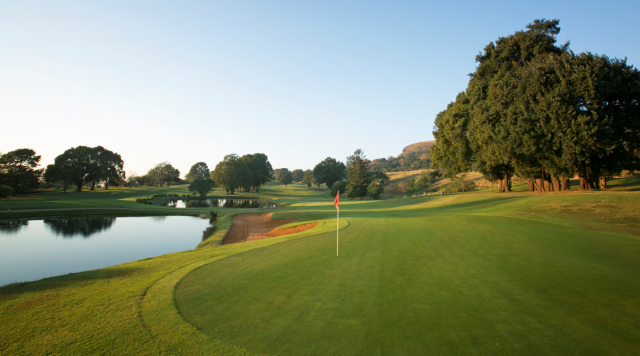 The creatively designed greenside complexes complement the terrain and provide golfers of all skill levels a rewarding and enjoyable challenge as they absorb the beautiful surroundings and views as the course meanders attractively through rolling terrain. Spectacular views of the surrounding escarpments and verdant valleys provide for an uplifting and rewarding golfing experience.

Victoria lies on the steep slopes of Town Hill, below the N3 highway which climbs steeply out of Maritzburg to Hilton, and the terrain makes for a thrilling golf experience. The 335m first hole sets the scene, plunging straight downhill to the green. There is not a flat hole on this course. Elevation changes abound, and the fairways roll and slope prodigiously in places. 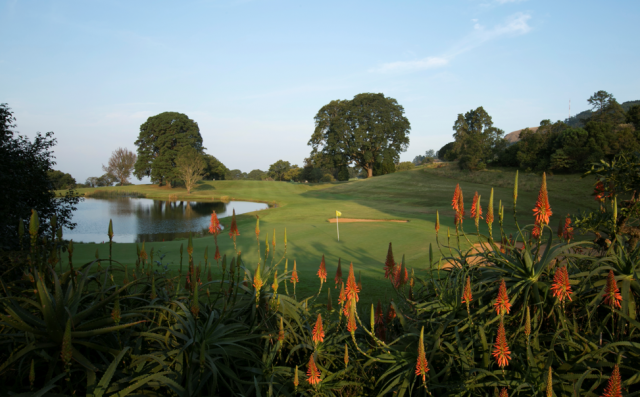 Victoria has a good mix of demanding long par fours and relatively short ones. The seventh is just 277m from the back, but the narrow elevated green is well defended. Nearing the finish, 15 and 16 might only require wedge approaches, yet treacherous small greens call for accurate golf. There are only three par fives (the par is 71) and each has special characteristics. The third and 18th climb and dip, while the 11th is a fabulous downhiller with water lapping the right side of the fairway in the last 100m before the green.

The adjoining Victoria Country Club Estate comprises a combination of freehold residential homes, sectional title apartments, and business park sites (thereby catering for a variety of lifestyle and investment requirements), divided into five beautifully positioned villages around the perimeter of the golf course and is crisscrossed with green corridors providing a variety of habitats for local flora and fauna.

Keep it in the Community